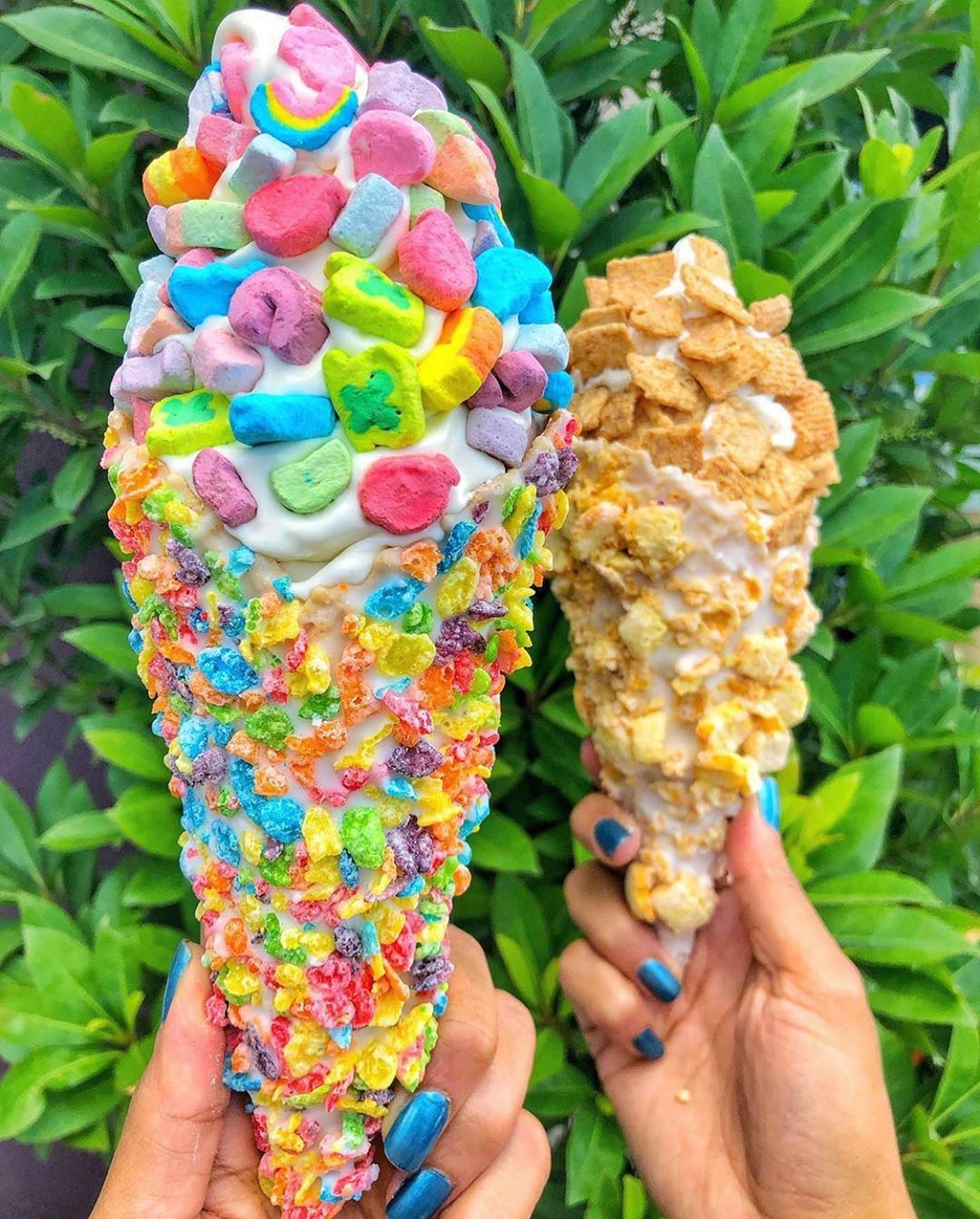 Summer is coming and that means many things here in Las Vegas, Beach clubs are opening up, Red Rock Canyon is being explored again, and it’s time for our Ice Cream shops to thrive. The city is healing. The culinary footprint of the city is getting bigger and more established, along with the incredible choices for dinners, the city has plenty of casual options for those who want a sweeter experience. Rod and I have compiled our list of our favorite places to hit your Sweet Tooth.

Luv It is absolutely loved and revered by those who live downtown and in the nearby historic neighborhoods that house it. Luv-It Custard opened in 1973 on the corner of Oakey and Las Vegas Boulevard. In a neighborhood that has seen a massive change with new homeowners, new businesses, and new life, it’s no secret that the nostalgia of a Custard walk up has universal appeal that lasts, and will probably be around for another 50 years! The menu is simple, and the flavors are always changing. This is a prime example of not messing up a good thing. Just don’t complain about the neighborhood, or else you might have a facebook page made in your honor. Check out their flavors for the month here.

Delicious, Cheap, and their Hot Fudge Brownies are worth melting for. Rightfully named one of the best places to get Ice Cream in the United States by National Geographic. It’s located right outside of Summerlin (right next to the Albertsons). This walk up window always has a line as well so bring your best standing/eating shoes. 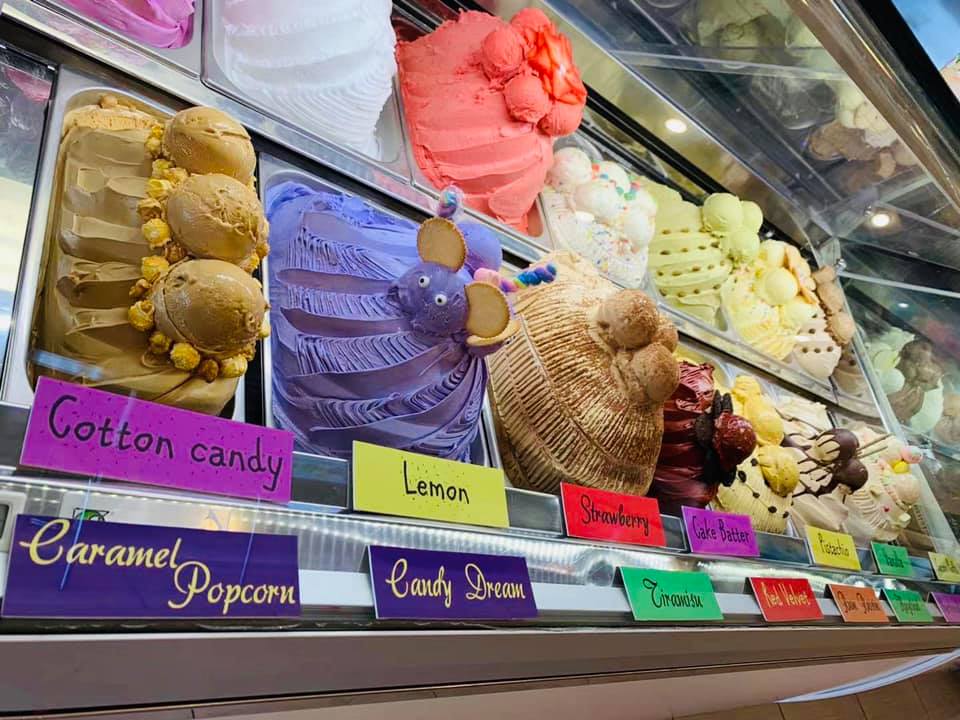 Driving down Spring Mountain you’ll be bombarded with some of the cities best places to eat, hidden and spread out in all the beautiful plaza’s and malls. Gelato bar is found In The Center next to some of Chinatown’s most popular restaurants and bars such as Pho Kim Long, and The Golden Tiki. If you haven’t been to the Golden Tiki, it’s a must!  It might take a minute to find a parking spot due to the popularity of the venues in the plaza, but its so worth cutting off the person that’s already pulling into a spot! (Sorry Toyota Camry!)

The people who work here are always so friendly, and the gelato is always better than expected. It’s hard to have a favorite flavor because they switch them out so often, and replace them with something just as incredible. If you’re not craving gelato, they have crepes that are to die for! Bring your friends and play some of the board games that they have provided. Overall this place is one of Javier’s Favorite Things 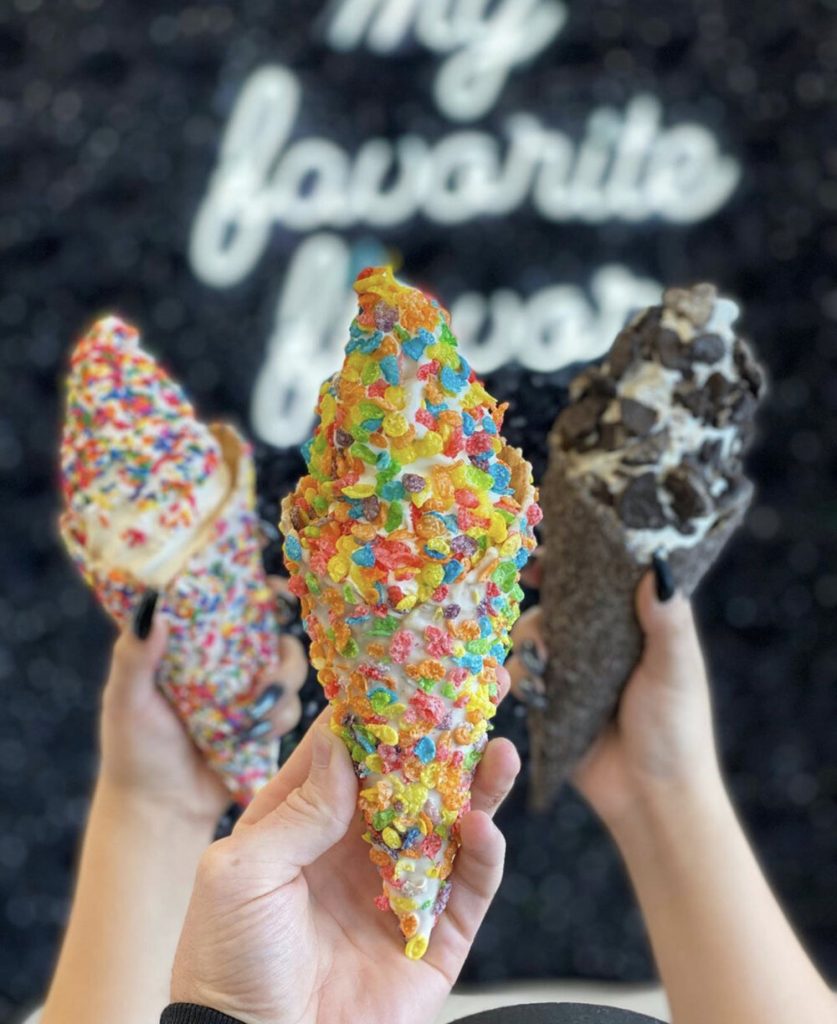 This Local Las Vegas spot is known for their spicy (and sometimes NSFW) social media presence. They came out with the WAP after the infamous Cardi/Megan colab, except their  WAP is something much more palpable, they came out with a Watermelon and Pineapple Dole Whip and it was absolutely worth gobbling and swallowing! Aside from the hilarious social media gold mine, the menu is full of treats worth trying. They have a Super Brownie which has 3 swirls of custard covered in Marshmallow, hot fudge, peanut butter sauce and whipped cream! If you want something more refreshing they have a Spicy Sandia, which is watermelon and mango ice with Chamoy, Tajin, and fresh fruits on top. This is a dessert paradise and can’t not be missed!

We could go on all day about our love for these frozen treats, but alas, we have homes to sell. So we’ll leave you with a list of places worth trying. Try them all and let us know which is your favorite!

Ghirardelli at the Linq Promenade